I had a bag of these glass rocks that I tried to sell at a garage sale last year.   A whole bag for $1 and no one bought them.  Now I am so glad that I got stuck with them, because this next project makes good use of them.

This is an easy project using these glass rocks to make your own personal glass rock magnets. 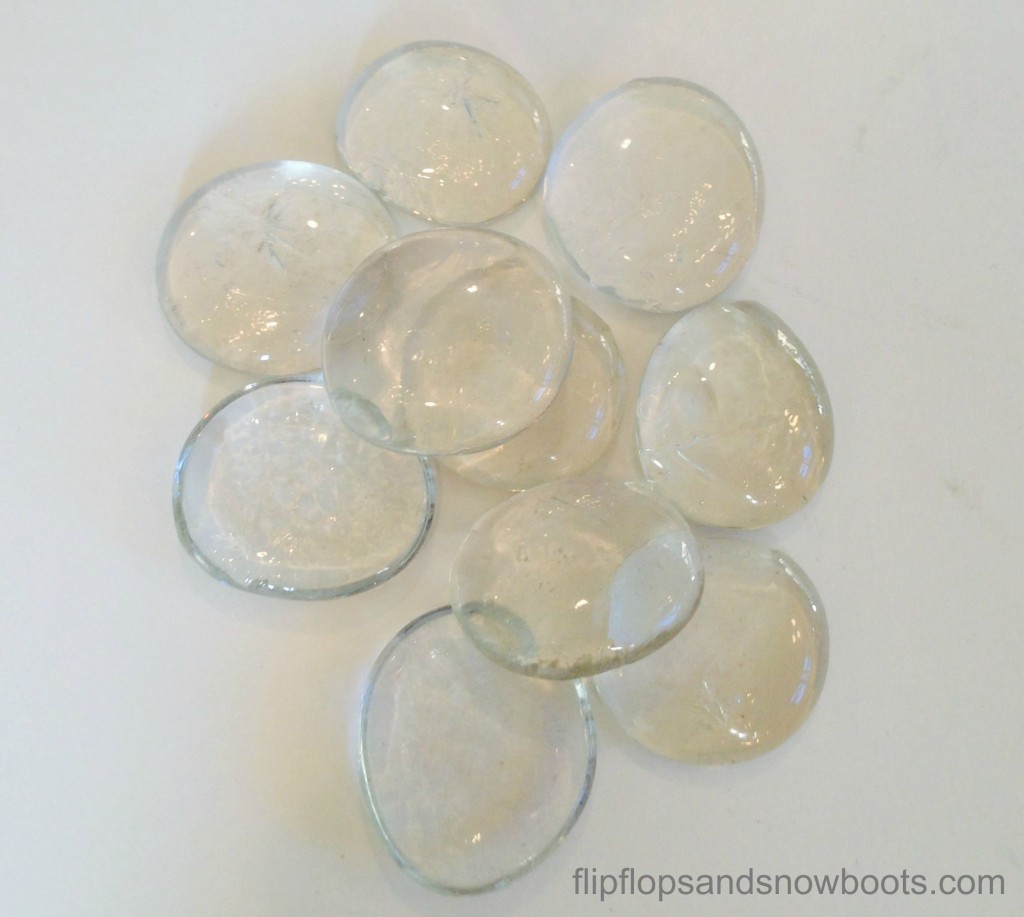 Some of my magnets were bought as souvenirs, or are the party favors from our wedding.  Like most people no rhyme or reason to my magnets.  Here is what my refrigerator looked like before the glass rock magnets.  Not too bad I guess.  I have seen worse :-/. 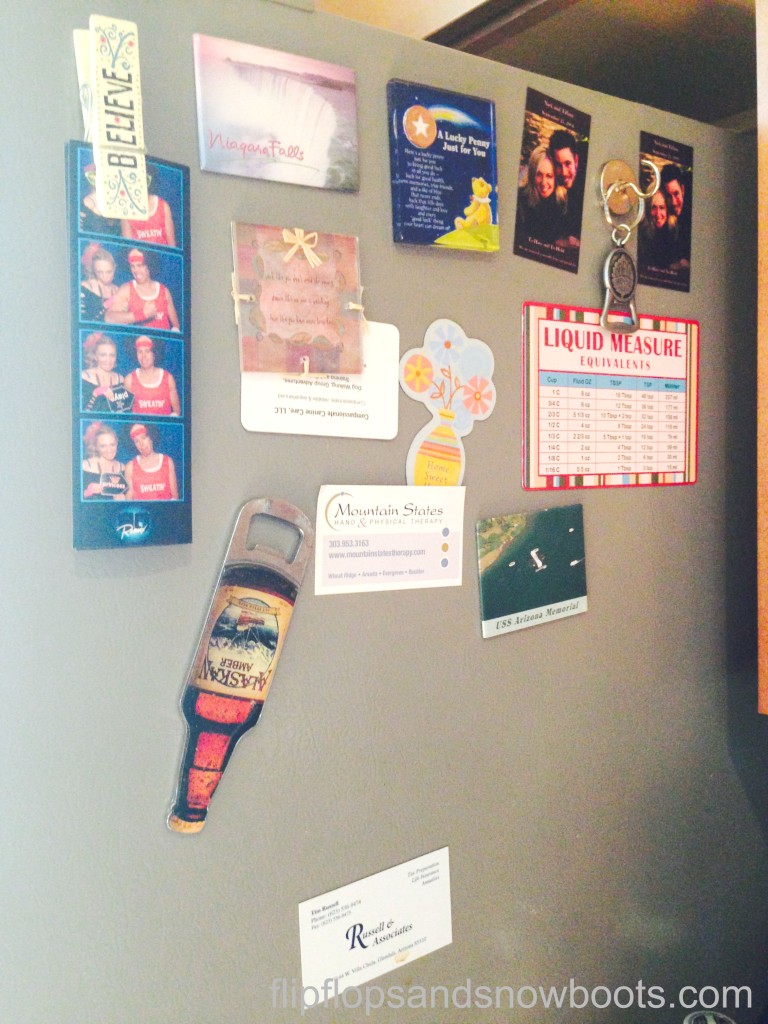 If you don’t have the glass rocks you can buy them at a hobby store like Michaels.  I grabbed several magazines I had around the house.  I had the best luck with home type magazines. 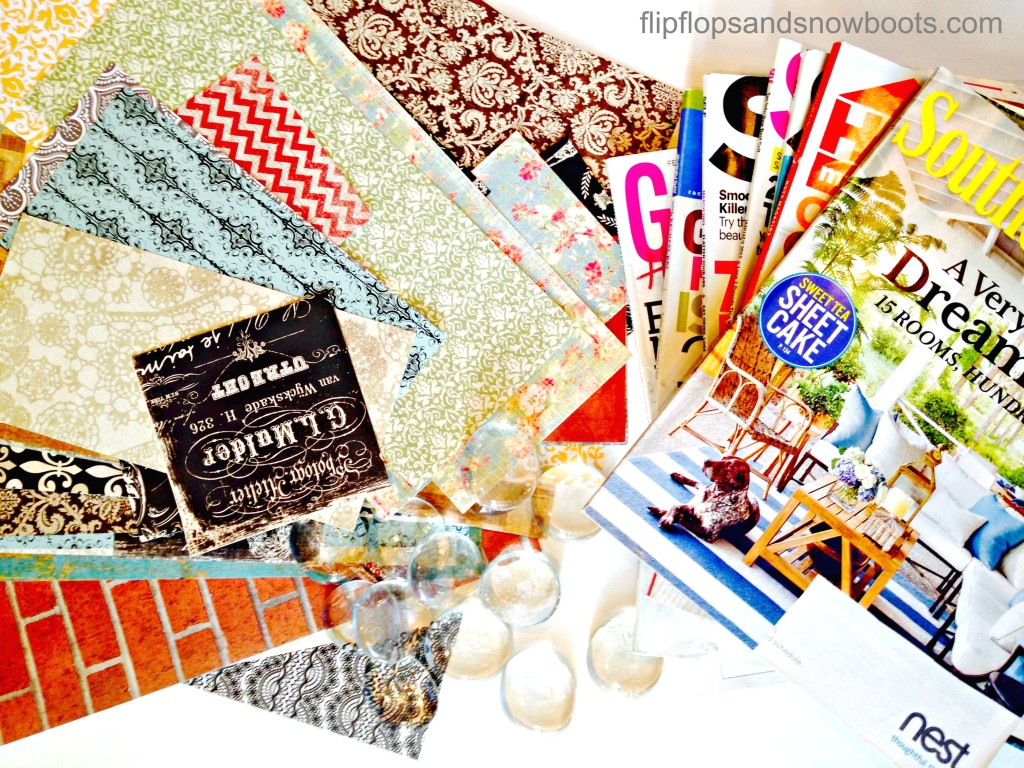 I found so many pictures I could use for this project I had to stop looking or I was going to run out of refrigerator space.  I also used scrapbook paper, and found some images, quotes and Bible verses to use as well.  I found the most pictures though in magazines.

As I scrolled through magazines and spotted an image I would place a glass rock over it to see how the image looked through the rock.  If I liked it I would rip the page out, position the glass over the image, trace around it and then cut it out.  The clocks were probably my favorite. 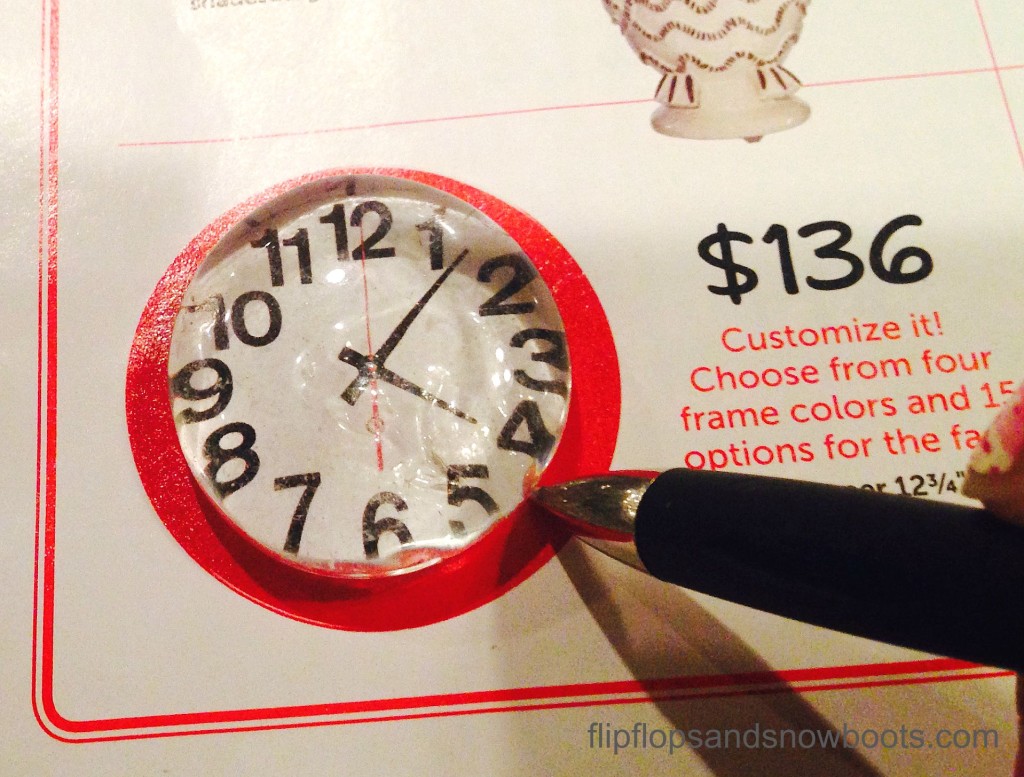 I suggest being open to several types of images.  I used pics of flowers, pillows, rugs, and ad for a diabetes medication, an ad for gin, etc.  I was surprised to find so many great images.   I also created my own images, like this ampersand. 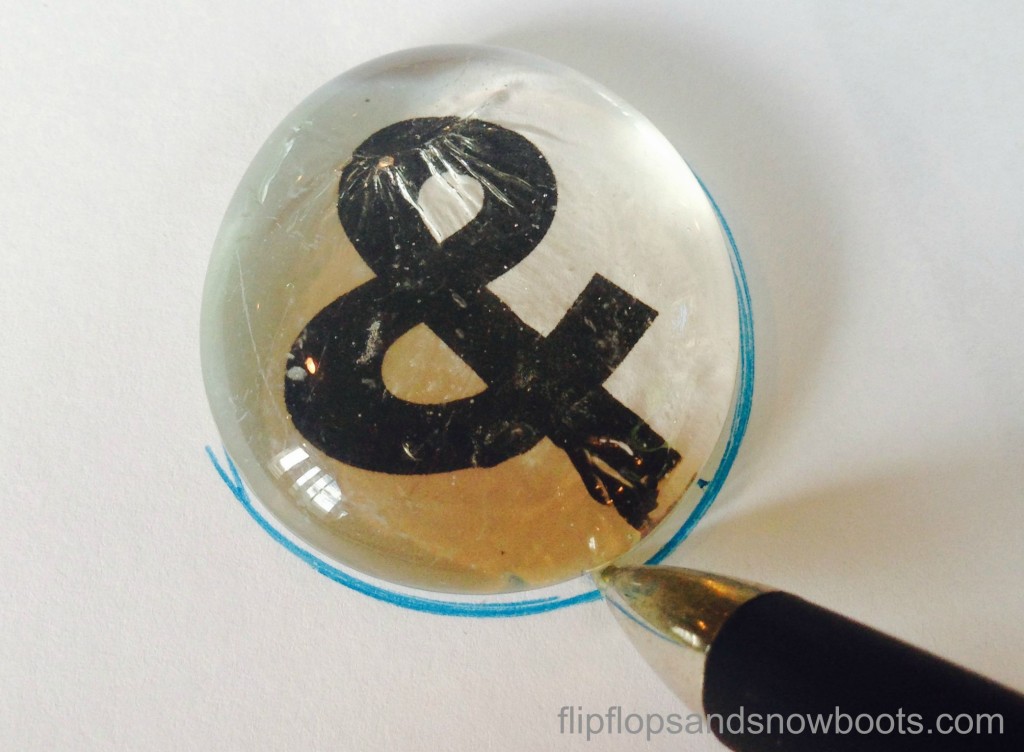 I made a few more personal ones, like these two.  One to remind my husband of our anniversary date 😉 and a Scrabble letter. 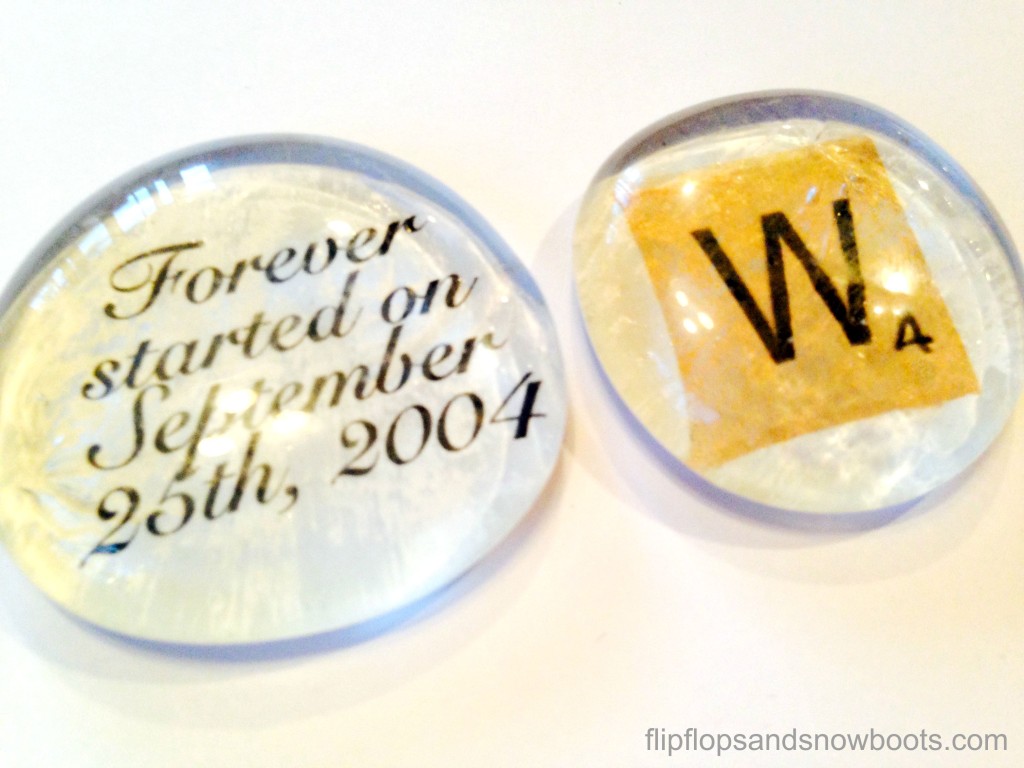 After tracing the image, I cut it out and applied Mod Podge to the back of the rock. 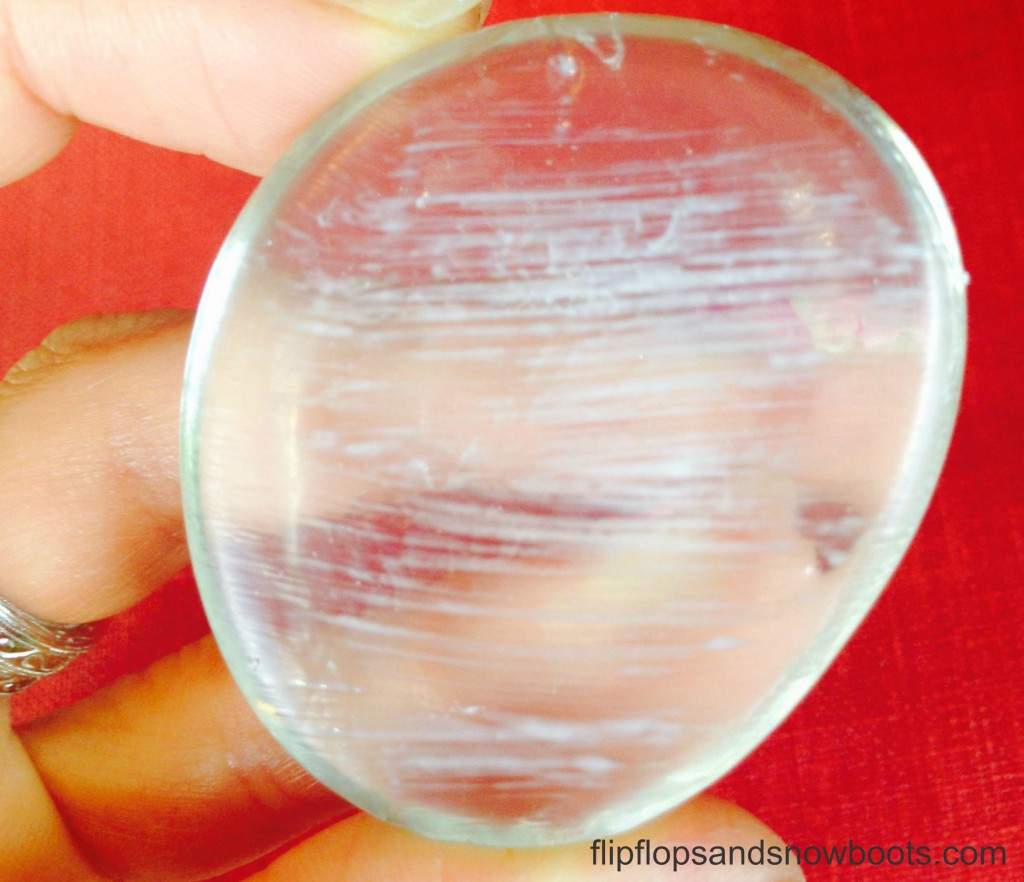 Next I took the image I cut out and put it face down on the backside of the rock where I had applied the glue and pressed it down to smooth it out.  If you are using Mod Podge, no worries the glue dries clear.  Once the glue dried the magnet was ready to be applied. 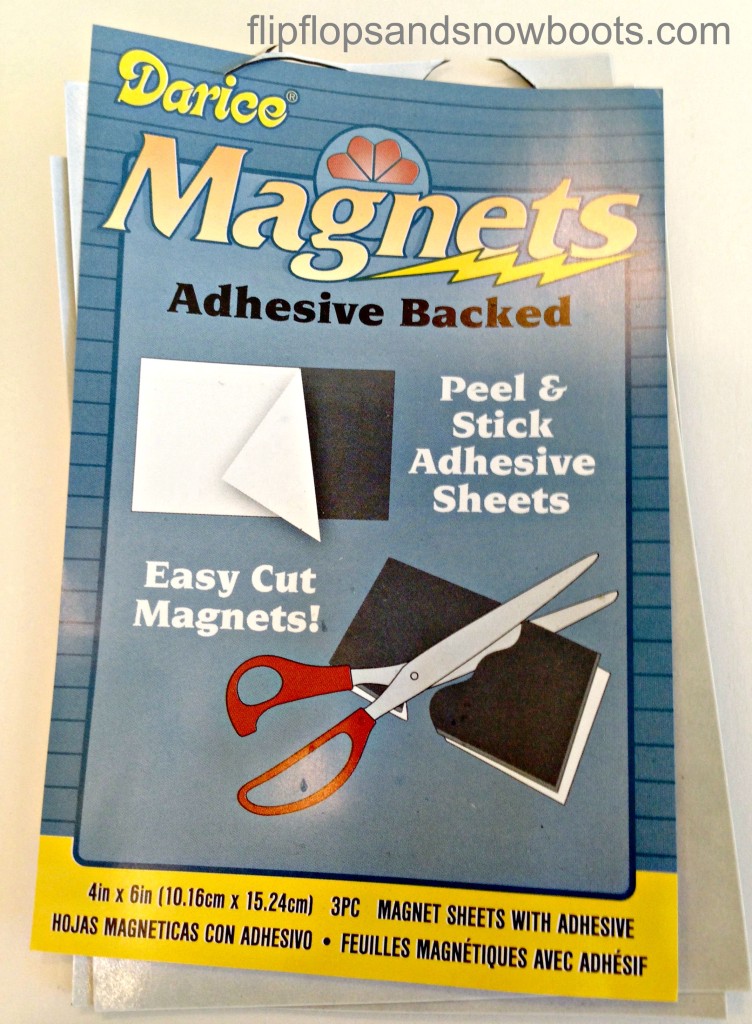 I grabbed something round, traced it on the magnet, cut it out and used Mod Podge to help with adhesion.  My magnets have an adhesive backing, but I wanted some extra glue to double make sure it was gonna stay. 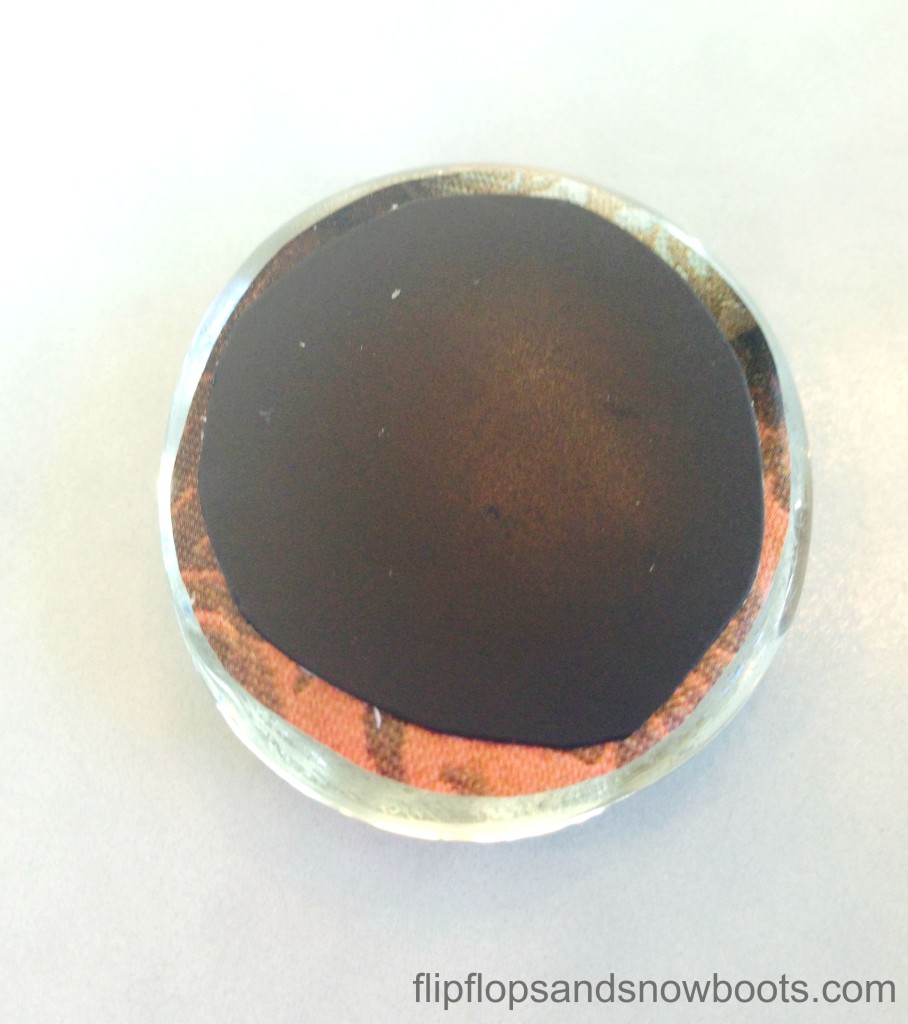 After the glue dried they were ready to make a new home on my fridge. 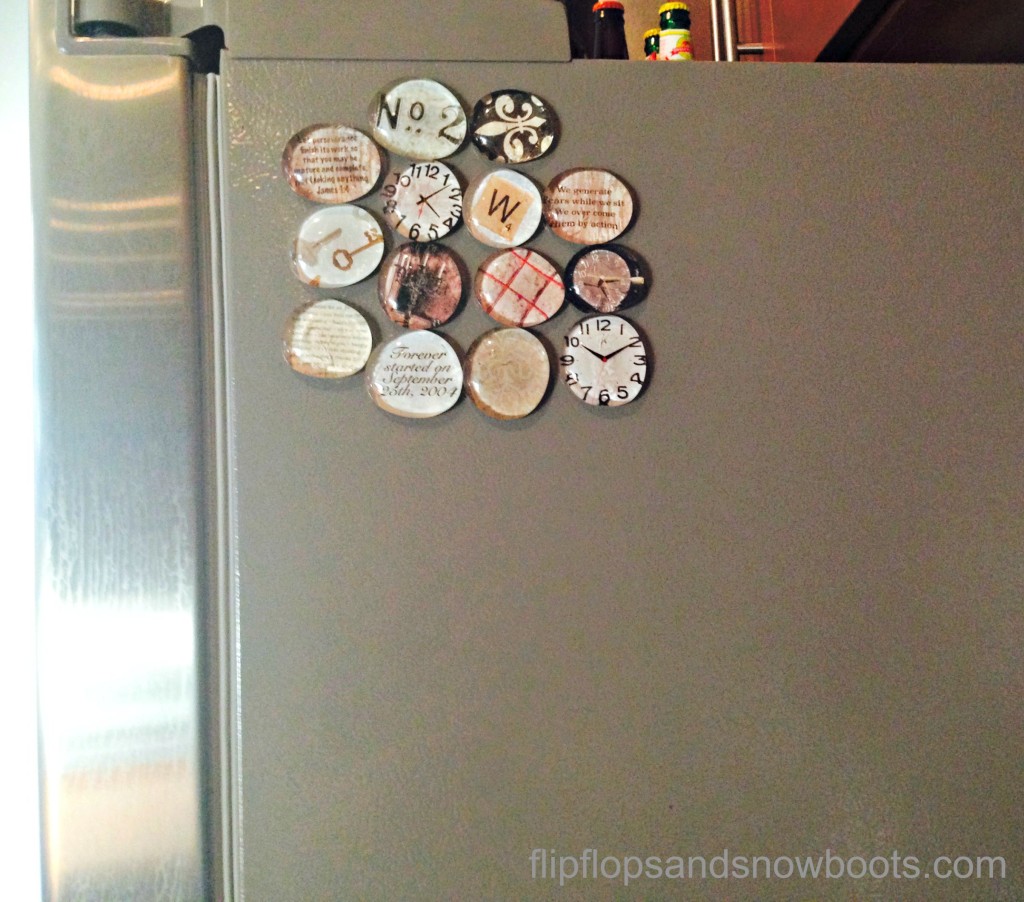 I kept finding so many images I just couldn’t stop making more.  I loved how they turned out! 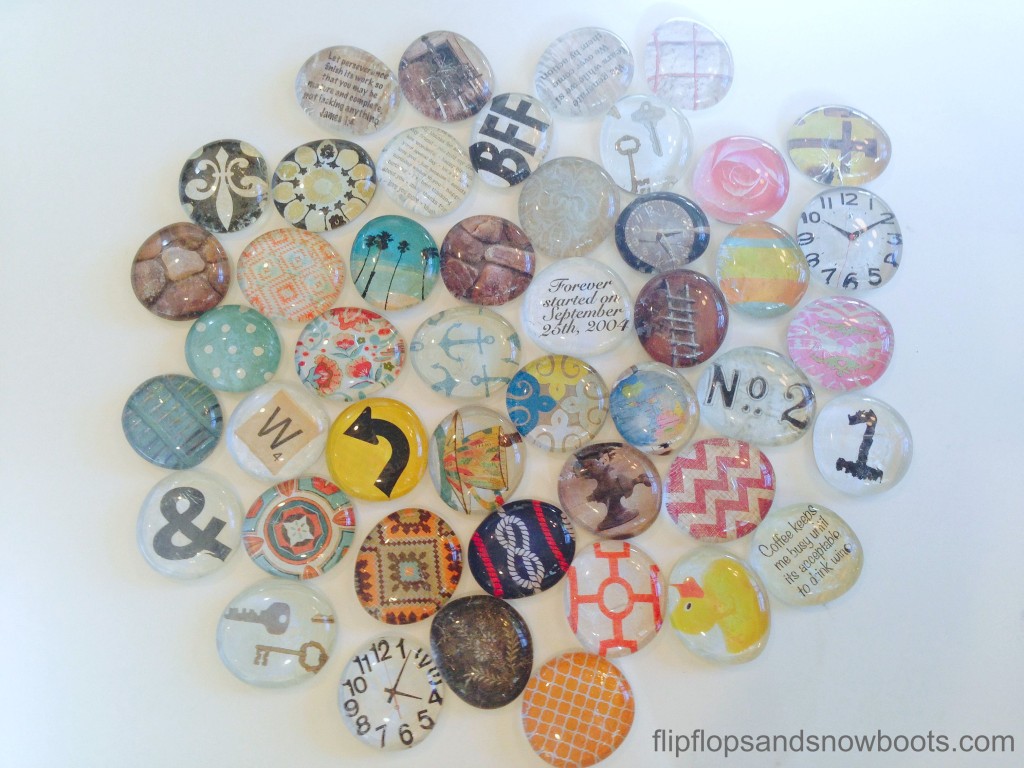 These aren’t all necessarily going on my fridge, I can use them as gifts or as an extra personal touch to a gift.

What is your favorite magnet you have on your refrigerator? 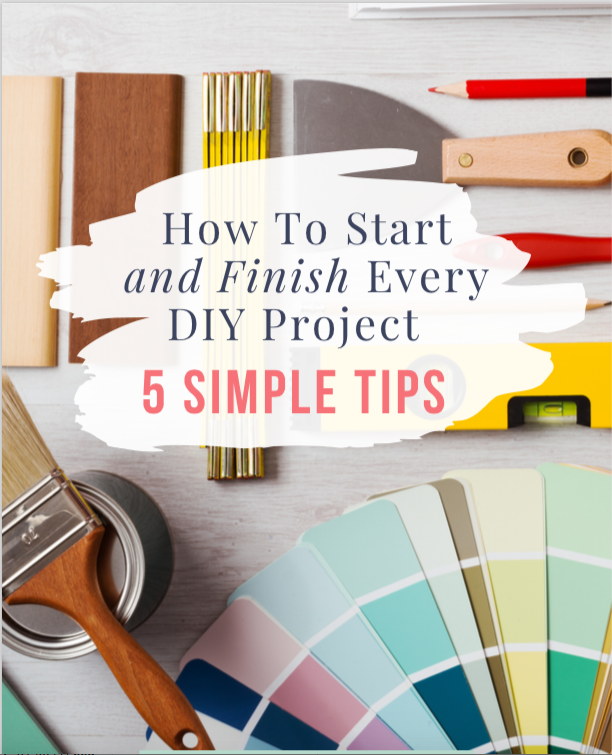 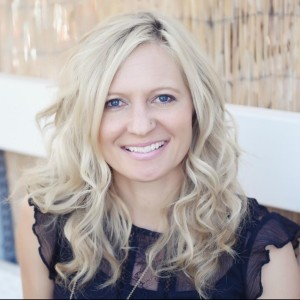 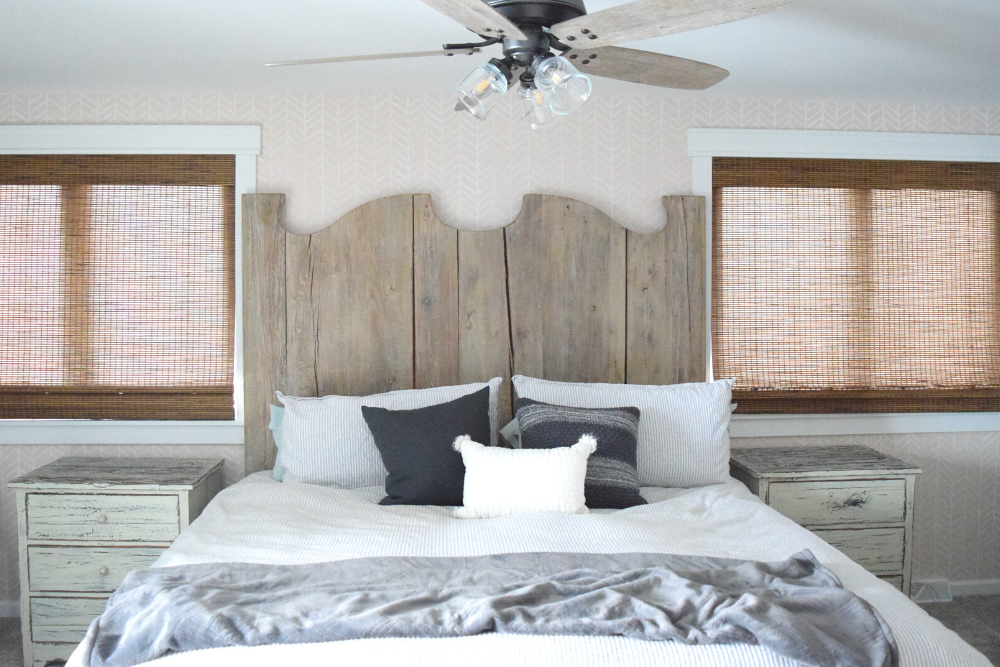 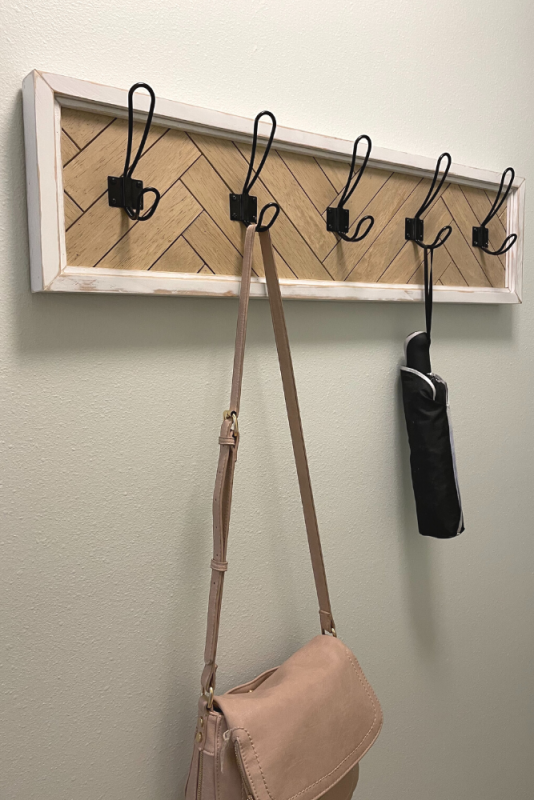 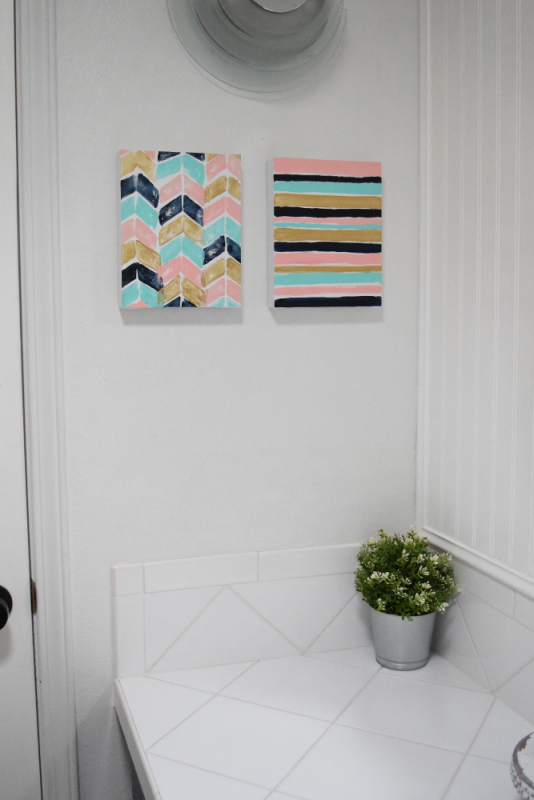